About The Art Style

The artwork is also unique because Floyd Mayweather Jr. is the only athlete I’ve painted in the Royalty Art series. At the time I am sharing this illustration. All of the public figures, celebrities, and people I choose to include in the art collection have done something remarkable in their field. As modern-day kings and queens, I illustrate them because they are stars walking among men.

My Fight Prediction With The Artwork

In anticipation of his fight with McGregor, I wanted to make a prediction with my artwork by already putting 50 on there, but someone told me to wait. So I waited and the result was what I already envisioned. Floyd Mayweather won the boxing match that was highly anticipated between him and McGregor in the tenth round by TKO.

The world champion was patient and protected his head as much as he could along with his core. After the third round, he begins to work Connor McGregor. By the eighth round he dominated McGregor in the ring and at 10 it was over.

Take a look at this post from the New York Times to see photographs and read this summary breakdown of each round.

When I was watching the fight I saw the strategy that Floyd Mayweather Junior was using in the ring in the beginning. He played the defensive boxer in the first 3-4 rounds allowing McGregor to swing away.  By the fifth round, everything had changed. Well, let’s just say Floyd turned on the switch for the offense. McGregor was worn out from what appeared to be fatigued by the eighth round.

Floyd in the ring is a genius, to be honest, I believe a lot of people don’t give him his credit even when he had 49 victories and zero losses. Now, The champion has 50 total victories with no losses. Will they still not give him the credit he is due.

The Boxing Debate – What Is A Fair Fight?

While Floyd Mayweather has been boxing for 20 years professionally and more. Again people will try to deny the fact that he won his 50th fight at the age of 40. The human body can only take so much and

Again, people will try to deny the fact that he won his 50th fight at the age of 40. The human body can only take so much and after watching him in the ring be victorious even at that age was marveling.

After all is said and done he is boxings greatest champion. You may not necessarily agree with his persona, but the man is great at what he has done and who he is in the ring.

Floyd also has excelled in the business of boxing. When will another man or a woman say again that they made $200-$300 million in one night. History will be legendary. His story will be talked about for the next century and beyond.

This digital art piece and Floyd Mayweather art piece is my symbolic tribute to the legendary boxing champion.

Some people believed McGregor had a chance because he is a martial artist. In my head, I always saw it as putting someone in the ocean with a shark. The truth is he was not a boxer but he wanted to challenge a boxer who won 49 fights in a row. This made no sense to me, but at the end of the day, both men walked away with millions of dollars for this entertaining fight that happened on August 26 of 2017.

SB Nation mentioned that this big fight could earn Mayweather up to $300 million.

Floyd Mayweather Junior was already on his way to the boxing Hall of Fame. With his 50th victory at the age of 40, there is no doubt that he will be a face and a name remembered in the next century and beyond.

The artwork of Floyd Mayweather magnifies him as a king. As part of my royalty art series, I saw it only fit to include him in the collection of artworks that I have been creating.

If you love the illustration please share this page and or purchase A print of the king Floyd Mayweather artwork.

This artwork and its representation have been sealed. Floyd Mayweather Junior is the greatest boxer of all time.

The Floyd Mayweather art illustration is available for sale on my Fine Art America art store. Prints are available on canvas, metal, acrylic, paper, and much more.

Own an artwork which marks a significant moment in the history of boxing. Whether you want the illustration artwork of King Floyd Mayweather Jr. as a collection or a poster you can do so by visiting the page.
If you like this post, please share the page to share the artwork. I also share a lot of creative drawings on Kenalsworld. You can visit the drawings page to view the various other art series I’ve created. One of the recent artworks I shared on Kenalsworld is the LGBT Pride drawings collection. Take a look at the page of the human heart creative illustrations.

Floyd Mayweather Jr Is The Greatest Boxer of All Time

As I stated on my Instagram post after the fight “And he remains undefeated and a legend. He is the greatest bigger than ALI. Yes, I said it! 50 and 0!!!! No death threats please”.
Previous Article
Next Article 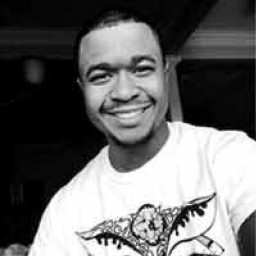